Extra thin condoms come with a promise of heightened awareness of sensations during intercourse. When men hear a promise like that, they start to pay attention, which is exactly what manufacturers of some of the world’s thinnest condoms want. In the following, we will take a  look at the three thinnest condoms that you can buy today, to see what each of them has to offer. 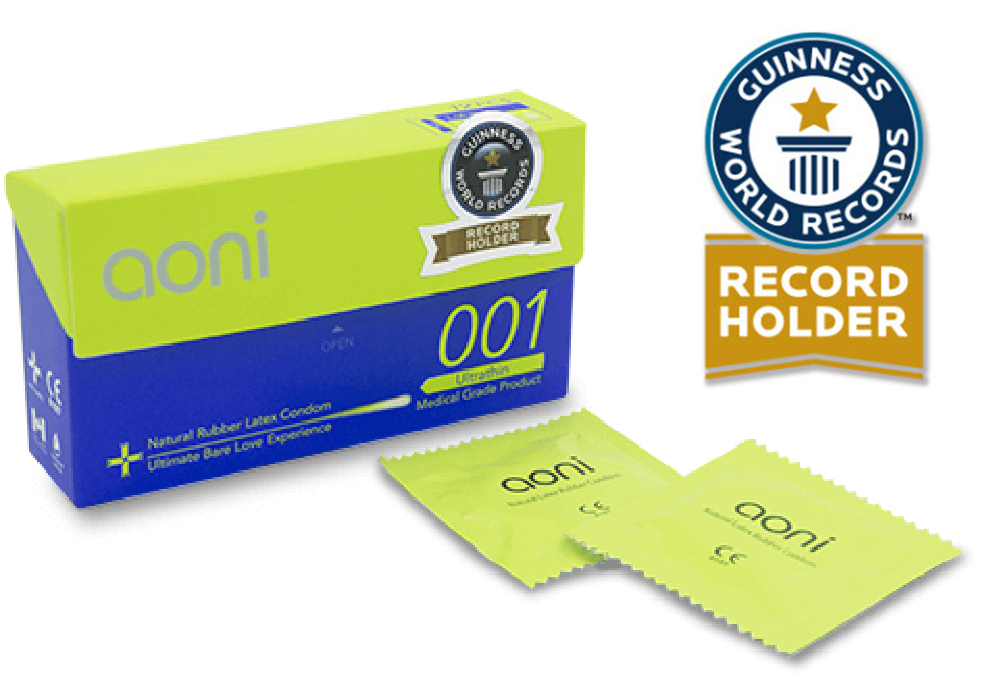 The Aoni Ultrathin 001 holds the Guinness World Record for “Thinnest Latex Condom”. Unlike most other manufacturers of extra thin condoms, Aoni uses premium latex rubber from Thailand and coats the surface of their condoms with a special natural fragrance and water-based lubricant. This combination allows for an extended intercourse and prevents the Aoni condoms from wrinkling up.

The only downside is that using latex material doesn’t allow Aoni to make the condoms as thin as what you see from their competition that uses polyurethane. The Aoni Ultrathin 001 have a thickness of 0.036mm, or 0.0014 inches, which is where the name comes from.

These condoms are perfect for people who are used to or prefer the feeling of traditional latex condoms but would like to feel more connected with their partner. Latex is also known for its scratchiness and long-term comfort. 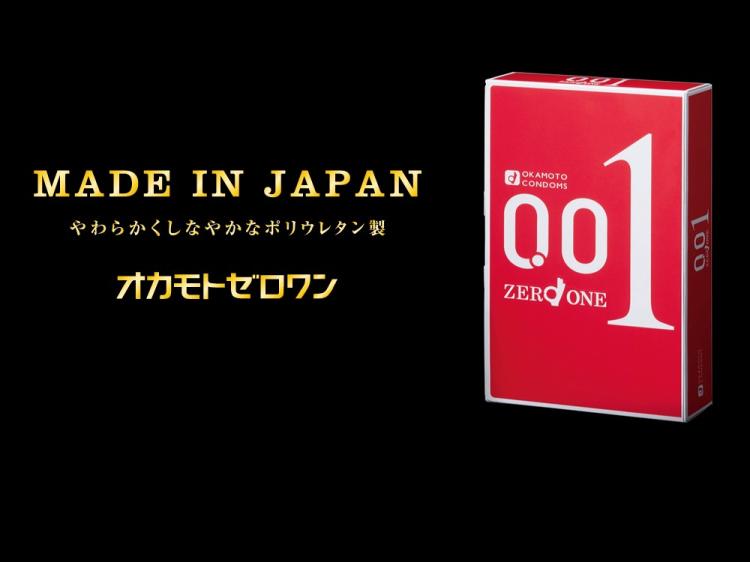 Okamoto is a traditional Japanese condom manufacturer, dating back to 1934, when it was formed from the merger of Nippon Gum Industries, Ltd., Riken Rubber Co., Ltd., and Okamoto Rubber Co., Ltd. They operate under the current name since 1985, which was also roughly the time when the company started to foster their energetic, sex-positive image. Modern Okamoto has a substantial social media presence and is known for organizing live promotional events for members of their Live It Up club.

The Zero One 0.01 is a high-end product aimed at people who don’t want to compromise when it comes to sexual pleasure and protection against sexually transmitted diseases. Okamoto uses aqueous polyurethane refined in such a way that it performs well above other condoms made from the same material.

The Okamoto 0.01 Zero One is evenly thin from the tip to the bottom, and its texture is even softer than the previous generation, Okamoto 0.02. In fact, when asked in a survey, 93.3 percent of customers said that the 0.01 feel thinner than the 0.02. Thinness is usually associated with an increased likelihood of breakage, but not in this case. The Zero One are flexible, durable, and highly resistant to slipping out or leaking.

As the first condom manufacturer in Japan, Sagami was founded in 1934. The company is currently shipping their products to more than 80 countries and is constantly being ranked as customers’ favorite condom manufacturer, alongside brands like Durex or Trojan.

At 0.018mm, the Sagami Original are thinner than an average human hair. Sagami has spent more than 10 years perfecting the design of this condom to create a product with almost universal appeal. Many men consider the Originals to be the holy grail of condoms, preferring them even over the Trojan Naturalamb Luxury Condoms, which offer no protection against STDs.

Sagami’s stretchy polyurethane cannot rival the scratchiness of latex condoms, but it’s flexible enough to provide an excellent level of comfort to most men. As a nice touch, each condom comes individually packaged in a small plastic tray that’s designed to protect it during travel and shipping.