Home
Condom Basics
Should you use Spermicidal Condoms?

Just like regular condoms, the primary function of spermicidal condoms is to act as a barrier, preventing pregnancy as well as reducing the risk of transmission ofsexually transmitted diseases. According to Centers for Disease Control and Prevention, regular male condoms are approximately 98% effective in preventing pregnancy.

To get to 100%, some manufacturers sell condoms coated with a thin layer of nonoxynol-9 (or N-9 for short) spermicide. In theory, the spermicide should kill all sperm in the vagina, and some sources even say that it should reduce the risk for chlamydia, trichomoniasis,HIV, gonorrhea, and other STDs. 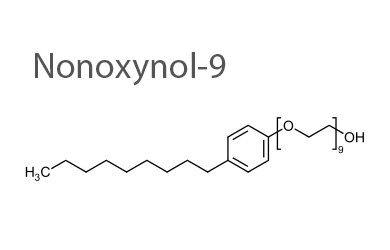 But according to a systematic review and meta-analysis of randomized controlled trials including more than 5000 women, “relative risks of HIV infection, gonorrhea, chlamydia, cervical infection, trichomoniasis, bacterial vaginosis, and candidiasis were not significantly different in the N–9 and placebo or no treatment groups. Our review has found no statistically significant reduction in risk of HIV and STIs, and the confidence intervals indicate that any protection that may exist is likely to be very small.N–9 cannot be recommended for HIV and STI prevention,”concludes the study.

“Regarding the use of spermicides for contraception, the report concluded that, when used alone, nonoxynol-9 is only moderately effective for pregnancy prevention but better than no contraceptive method at all,” states a report from World Health Organization (WHO). Because the amount of spermicide on spermicidal condoms is very little, they provide virtually zero extra protection compared to correctly used regular condoms.

Michael Rosenberg, a former researcher at the Centers for Disease Control and Prevention, says, “Nonoxynol-9 is a detergent, and what that means is that it disrupts the layers of the cell membranes. When you use it frequently, it can actually erode a lot of the cells that are present that help protect against these diseases.”

As such, nonoxynol-9 has been shown to increase the risk of HIV infection when used by women who are prone to infections. A substantial percentage of women are allergic to the substance, often resulting in a painful irritation that can sometimes last for days. According to a study published in the American Journal of Epidemiology, nonoxynol-9 might also increase the risk for urinary tract infections.