According to a study published in The Journal of Sexual Medicine, which surveyed 479 men between ages 18-24 years, 62 percent suffered from condom-associated erection problems (CAEP). When men find it difficult to stay hard and protected at the same time, they often choose—influenced by the heat of the moment—to risk STIs and unwanted pregnancy.

But it seems that condom-associated erectile problems often have nothing to do with condoms. “Men reporting any form of CAEP were significantly more likely than men reporting no CAEP to also report erection difficulties during sexual activity when not using condoms,” states the study. Blaming condoms for erectile problems is like blaming firefighters for starting fires—just because they are there doesn’t mean they are the ones to blame.

This article lists 3 common causes of erectile problems and explains how you can best deal with each of them. We encourage you to be as honest with yourself as you can while reading this article. Achieving rock hard erections might take more than just throwing the condom away, but we probably don’t need to tell you that it’s ultimately well worth the effort. 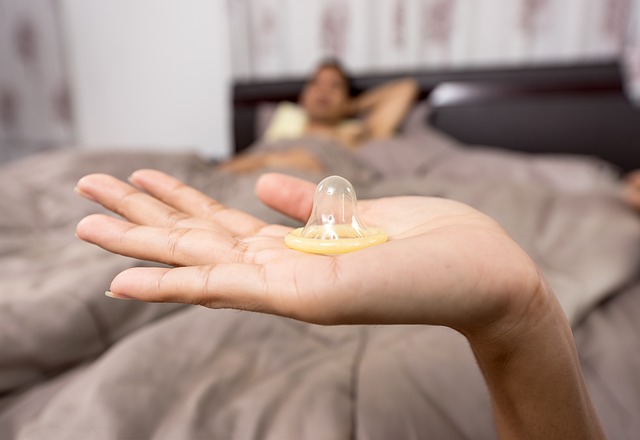 Ego is your worst enemy when it comes to choosing the right condom size. If it weren’t Trojan condoms wouldn’t control 72 percent of all condom sales in the United States. Their Magnum condoms, which started out as a niche product, have become a status symbol. Most men don’t even care that Magnums aren’t much bigger than regular Trojans—they just want to play in the big boy’s league.

Finding out that the condom has a tendency to fall off when clothes are already on the floor can be a soul-crushing experience, one that’s almost guaranteed to result in future condom-associated erection problems.

Luckily, the solution is simple: be honest with yourself and resists the urge to buy XL condoms just because it strokes your ego. Regular condoms won’t make your penis any smaller, but they will give you and your partner the best protection against sexually transmitted diseases.

Get Rid of Your Anxiety—Not Condoms

Sex can be stressful, especially outside a monogamous relationship. We all have our own expectations, on top of what society perceives as good sex. Even the word performance, which we so often used when we talk about sex, conjures up images of tests, reviews, evaluations. It’s easy to develop an unhelpful mindset and see sex as something that must always be perfect.